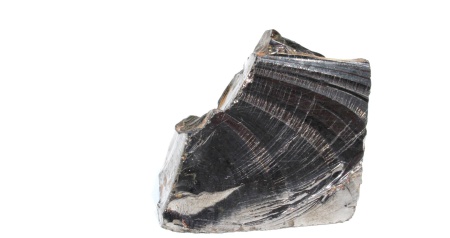 The purest deposits of Shungite are rare non- crystaline, metastable, allotropic forms of carbon, a new generation of natural mineral sorbents, with high superconductivity. With its diamond-like structure, the mineral is a transition state between amophous carbon and graphite crystal. Due to the high catalytic properties of Shungite, it has the ability to catalyically oxidize organic substances absorbed on its surface. Shungite is a very powerful natural anti-oxidant, which can remove free radicals out of water 30 times more effectively than activated carbon.